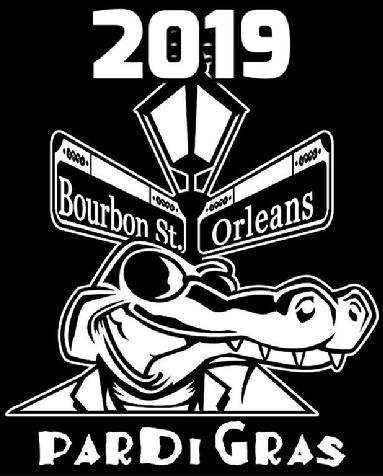 Pardi-Gras is an annual event presented by Sail Away Promotions and Entertainment. The event takes place in various locations around the French Quarter, in New Orleans, LA. The event showcases live “Trop-Rock” musical entertainment, as well as a variety of fun activities, including a Pub Crawl, a Parade, a King and Queen, Sunday Brunch, and general mayhem in the Quarter! The event began in 1998, and is always held the weekend before Martin Luther King’s birthday.