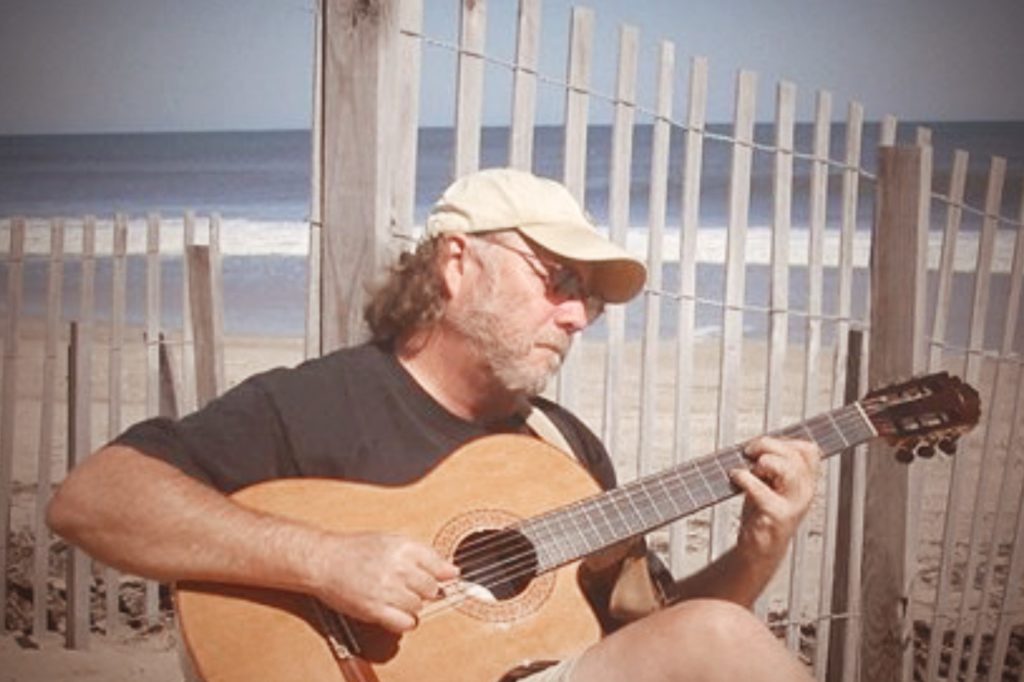 Before relocating to Southwestern Florida, Charlie Imes made quite a name for himself in his adopted hometown of San Diego. Born in San Antonio, Texas, he grew up in the Los Angeles area, where he played in rock bands in high school. Charlie developed his personal style of laid-back, jazzy-beach-folk-rock music on front & back porches, around fire pits and watching sunsets on the beaches of Southern California. He moved to San Diego in 1984, and eventually released his debut album. Titled On An Island, the album was nominated for a San Diego Music Award for Best Americana Album (there’s no Trop Rock category), and opened many new doors for him.

An accomplished guitar player, songwriter and performer, Charlie performed at many of San Diego’s top venues (House of Blues, Humphries, etc.), played concerts with his full band on the beach in the summer and was a regular as both a solo & duo performer at Croce’s Park West, the high-end restaurant & music club owned by the wife of singer/songwriting legend Jim Croce. For 4 years, Charlie also produced shows at Oasis House Concerts, a commercial space that hosted the best in local acts, as well as many accomplished national touring artists. Charlie likens this experience to a Masters Class in performance and promotion, from the perspective of both artist and audience member, and he brings this understanding to his own house concert shows.

In 2008, he was discovered by Rob Mehl and introduced to the world of the Parrotheads, who encouraged him to come to Key West for their annual Meeting of the Minds. Over the next several years, at MOTM, Charlie gained fans from around the country, which spawned his annual Summer North American Tours. Charlie has played festivals from San Diego to Seattle, from Chicago to Tampa, as well as house concerts and bars from coast to coast, border to border – and occasionally across the border. It’s not unusual for Charlie to play two completely different types of shows in the same city: A bar/restaurant gig with mostly covers (as preferred by the venues), and the more intimate and entertaining house concert show, featuring original material or songs written by friends, accentuated by the often humorous stories behind them. Whether a bar or house concert, Charlie’s fans enjoy his quick wit, story-telling abilities and song selection.

In 2016, Charlie relocated to the Gulf Coast of Florida, the heart of the Trop Rock music world. When he’s not on the road, he’s in residence weekday afternoons at The Bridge Tender Inn Dockside Bar & Grille on Anna Maria Island, playing every Monday, Tuesday, Thursday & Friday afternoons, weather permitting. Check his website (www.charlieimes.com/gigs) for a complete list of shows, or his Facebook Musician Page (www.facebook.com/charlieimesmusic) for more immediate gig fliers & listings.

With a relaxed spirit of fun, Charlie never fails to draw & entertain the crowds with his good-time brand of music. It’s sunny weather for your ears…