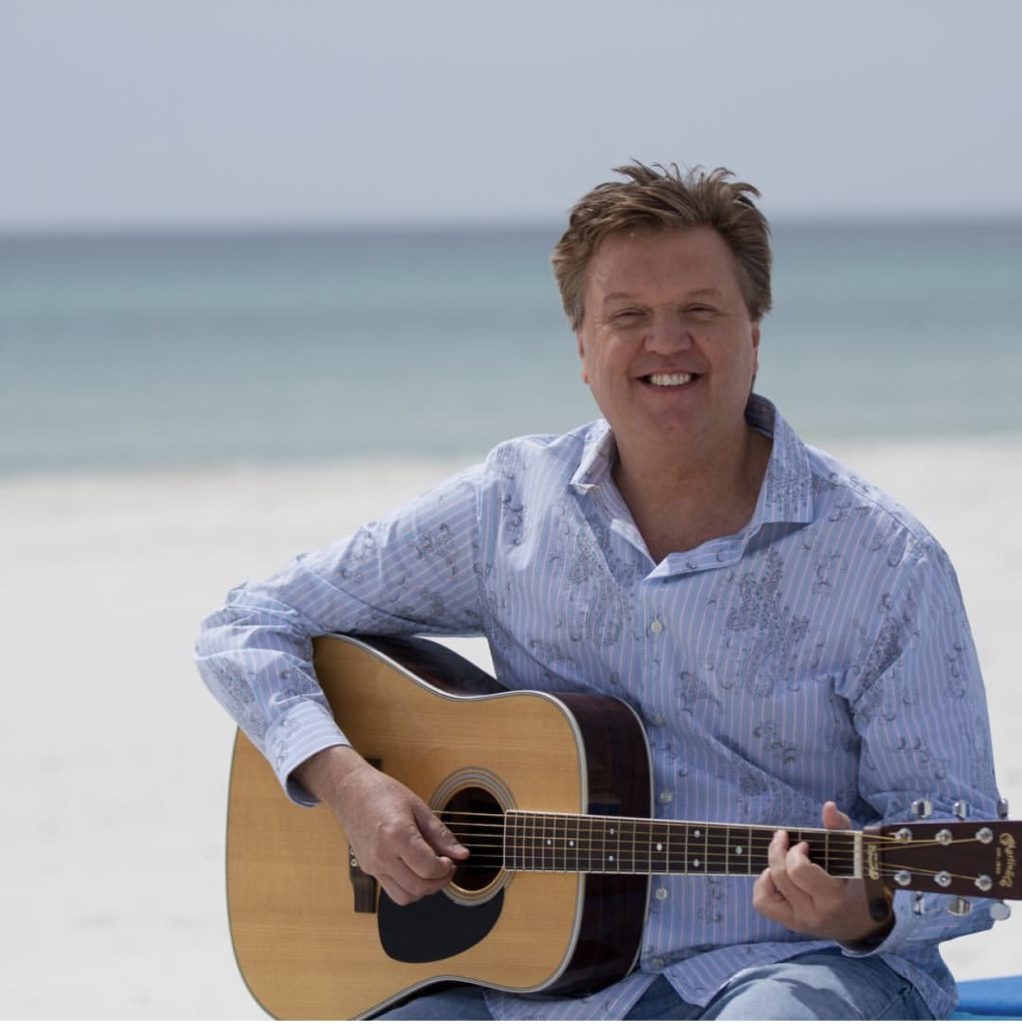 Bios are boring! Most are self-congratulatory pats-on-the back of accomplishments that if you’re famous, everybody already knows and if you’re not, nobody cares! The only importance of where we were, is usually the fact that it defines where we will go. I’ll use this space for that theme!
In the beginning: Family! My family! Some of the funniest people in the world! And great singers (some not so great singers, but it didn’t stop them – which means none of my people are bashful)! I grew up with laughter and music! My Dad could dead-pan a joke as well as anybody! Second was my Uncle Sam! Funny guys! My maternal Grandmother played the piano and sang to me when I was a kid and to this day I’ve never heard a better rendition of “St. Louis Blues”. Her brother, my great-uncle, Lynn Mullinax was a celebrated pianist in Manhattan for years. All my cousins on my Dad’s side had great voices! And dance, man we had great dancers! My brother and sister could have been pros! My favorite photograph is my Mom and Dad dancing in my Grandmother’s house while she plays the piano! My home has always had music and laughter. Even during the bad times, we laughed! We sang! So, I get it naturally! That’s where this story begins!
Geography: I was born in Anniston, Alabama. A great town in which to grow up! It really was! It had a little of everything. It had an army base, a four year college right up the road and the largest army depot in the free world! When I was growing up, it was an industrial town, the world’s leading producer of soil pipe (look it up!). So, a lot of people from all over the world would visit Northeast Alabama for a lot of reasons. This made it a very cool place to play music! Anniston also had some of the meanest men (and women) I have ever met! Fighters, brawlers, hard livin’, hard drinkin’, hard workin’ types. I knew many of these folks which of course made Anniston a very cool place to write songs! Anniston was also the original home of The Alabama Shakespeare Festival as well as a great honky-tonk named “Elmer’s”! It had a very sophisticated, well educated enclave of socialites and some of the smartest, most intuitive “good ol’ boys and girls” I have ever met! I went to school with rich kids, poor kids, black kids (after integration), oriental kids, and one American Indian (said he was anyway). It was a town of dichotomy so it was a great place for artists and musicians to live! To this day, some of the greatest musicians I have ever heard play are from Anniston and Calhoun County, Alabama. Back porch pickers that can blow away many so called stars!

That’s the first definition of my influences: a melting-pot of personalities, down-home sensibilities, a wander-lust for sophistication and some of the best musicians never heard except by a lucky few!

The Big Move: 1985, it was time to get outta Dodge! I moved to Panama City Beach, Florida and met a guy named Bill Buskell. He owned a beach bar/ restaurant named Pineapple Willy’s. The first time I saw it, I knew I wanted to play music there. Bill, on the other hand, was a bit skeptical! But since I am a persistent fella with stalker tendencies, after a couple of months of hounding him and to give himself some peace, he gave me a shot! June 24, 1985 I opened at Pineapple Willy’s and it has defined my life since that opening chord! See, even I am getting sentimental and the pat-on-the-back crap I said I wouldn’t do! Anyway, long story short ( I know, too late) Bill after getting to know me, thought I would make a pretty good comedian. My “All Music” show evolved into a comedy/music show. After much soul searching (about an hour’s worth) I named my act “The Party Doctor”. Shout out to Bob Preston and Tyler Smith, they actually came up with the name! I sat in an antique optometrist’s chair (most folks thought it was a barber’s chair or dentist’s chair – it wasn’t), dressed in scrubs and a lab coat and basically had a great time for a long time. I can never thank Bill Buskell enough. He is the smartest, nicest guy I have ever known. He taught me how to think outside the box and to act on my intuitions! That’s the main thing! Do it! And believe me! I DID!

Had To Take a Break For an Important Segue: In 1993, my son Grant was born! From the first minute I saw him, I knew my life’s true purpose! All the performing had a much more serious cause. All the late nights had to end! All the road dates had to stop! They did. I kept performing, but in bands that played mainly for local corporate events and weddings. Great gigs! Fun! Met really great people. It was just so very different from what I had been doing. These shows took me out of the spotlight as well as the nightlife! That was fine with me. I needed to be home for my son. But by being out of “open to the public” venues, most folks thought I had retired. Believe me, having a kid, I was tired, then re-tired every day! Believe me, I wouldn’t have change a thing. Before I started this adventure and began putting an act back together, he and I had a talk about it. He supports me 100%! So, with my son’s approval, the time is right!
Timing: Like I said earlier, my mentor taught me to shut up and do it! Several things happened in 2010 that got me to shut up and get back to it – Panama City Beach built and opened a new International Airport and Southwest Airlines started service there. BP had an accident in the Gulf of Mexico and really pissed me off! But mainly, the Party Doctor turned the big 5 – 0! 50! All these things together with my son’s blessing told me to quit talking about it and do it! So, I started writing songs. The Gulf Coast had such a terrible string of bad luck – hurricanes, floods, drought, tornados, then an oil spill! We needed a break. So, I wanted to celebrate this beautiful place where I lived! I started a collaboration with a super talented, super nice guy named Tom Hoots. He and his partner, Calvin Gann own Studio 812. Tom and I talked about what I wanted to do and how we should do it! We started with a song for Southwest Airlines, celebrating the fact of the company flying into our new airport. We recorded it, sent it to them and they liked it. They allowed me and my band “The Shrimpboat Cowboys” to play for the opening of the airport and played the song, “Southwest Take Me There”, on their website and blog for quite a while! A very cool experience, to say the least! That’s when Tom and I decided t turn that one mini-song into an album celebrating the positive aspects of where we live! It took awhile, nearly a year to finish but we just did it! An album we call “The Gulf of Mexico”!
Everything that’s old is new again: So, it’s time to get back out there. Putting on shows! Playing music! Trying to be funny! Mainly, having a good time and hoping folks have a good time with me! Where I’ve been, defines where I will go! Hopefully a little better, a little wiser, but still having a good time!