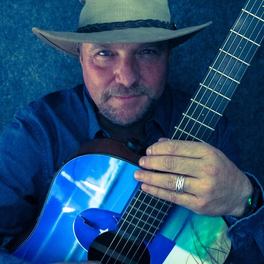 Sprinkled through the titles of Eric Stone’s eleven CDs lie a string of island adventures that every salty sailor hopes to have. “Bomba’s Shack,” “Dominica Discovery,” “Bequia Kind of Day,” “One Night at Corsairs” and “Goodbye Trinidad” are all stories lived and memories made by this talented sailing, surfing, songwriting singer.

His music is a comfortable mix of rock, pop and country but since all that he writes is water related he likes to describe his art as Nautical Americana. “Everything I do,” he explained, “Revolves around sailing.”

To the casual listener he’s a Jimmy Buffett wanna-be but his song titled “Everybody wants to be Jimmy Buffett” straightens out that myth in the opening line: “I don’t want to be Jimmy Buffett, I just want to be me.” Although he does sometimes play the Margarita man’s music in his shows and acknowledges that it has had an influence in his style, he’s been on his own convoluted, melodious journey that started in the unlikely state of Texas.

When he was ten, Stone’s mother taught him how to play her guitar and when he took to it quickly and passionately, he never gave it back. His high school band, all rock and roll, played on until a ticket out of Texas came in the form of an airline job that landed him in Florida. That day job was counterbalanced by moonlighting in a rock band. Years later a job transfer to Hawaii brought the opportunity to learn the ukulele and that is where Eric’s taste in music turned tropical.

After nearly a decade of job security, Stone’s driving desire to become a serious songwriter prompted his move to the music industry’s epicenter, Nashville. There within a week Stone landed a publishing deal with Be Cool Records. “That’s where I really learned to write,” he explained. And write he did, every kind of music including his own until he realized, “I finally had enough songs to make my own CD.”  Titled “Songs for Sail,” it caught the attention of the folks at Strictly Sail Boat Shows who hired him to perform at their Chicago event. There he met the infamous Bob Bitchin, publisher of Latitudes and Attitudes, who agreed to carry the CD in his magazine before Stone finished his second set. From that fortuitous performance, Eric became the official entertainer of all Strictly Sail Boat Shows and the musical voice of a magazine.

The next meeting with Bob Bitchin at a St. Petersburg boat show launched Eric onto the stage of all the Latitudes and Attitudes cruisers parties and rallies held throughout the US and in exotic anchorages around the world. He’s played some amazing venues with them but his favorite was a party in Tonga where he performed for one of the governors on an island with no power. A few years ago the magazine added a television component that opens each show with the Eric Stone theme song titled, of course, “Latitudes and Attitudes.”

Stone has logged many musical miles singing in over 35 states and nine countries. The biggest crowd he captivated was 85,000 at a benefit concert in Australia.  Behind him is a trail of venues including numerous yacht clubs, and corporate events for such names as G.M., Hewlett Packard, Bass Pro Shops, Carnival Cruise lines, Sunsail and Bahama Breeze. During summers, he tours the states in a big red bus and looks forward to winters at his new home in the US Virgin Islands. He zips around the VI waters performing at Latitude 18, Foxy’s, Corsairs, Myett’s, Sidney’s Peace and Love and other boater-loving bars.

When asked to name his favorite song he hesitated. “It changes. I’ve got a catalog of two hundred songs I’ve written.” Coming up with all those ideas seems to be no problem. “Hang out with us for a couple weeks,” he said. “We meet characters everywhere. I don‘t try to keep track of everything…I‘d have to write songs every minute!”  The lyrics for “Permanently Temporary,” the title track from his third CD, are the autobiography of his life: “We’re not here forever you know, we’ve got to live life.” He seized it when he wrote those words on a plane on the only available paper, an unused airsick bag.

“Songs for Sail” has sold over 100,000 copies making it certified gold, no small feat, considering that it was an independent release. There are other Boat Songs Collections along with two Scuba Compilations and a Christmas collection. His latest release, “Songs from the Virgin Islands,” is the first acoustic compilation and already there are plans for more.  “Mostly,” he said, “I’d like to write songs for movies, TV and other artists.”  Given Eric Stone’s past accomplishments, listen for those sounds in his future. www.ericstoneband.com