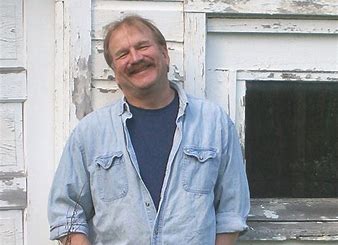 Jim Hoehn is a career journalist/author/songwriter who has carved out a surprisingly successful niche as a performing songwriter since first stumbling out of the pressbox with a guitar.
During his journalism career – much of it spent as a sportswriter – Hoehn has covered everything from plane crashes to murder trials to the Super Bowl and the Hong Kong 7s rugby tournament.
As a source of family editorial pride, he’s also the guy who broke the Jeffrey Dahmer story for the National Enquirer.

His latest release is the aptly titled “Collection Notice,” a selection of 15 original songs from his four previous recordings, “Silhouette of a Fool,” “Royalty Check Hotel,” “Deadline Penitentiary,” and “Playa del Pressbox.”

Cuts off each of the records received considerable airplay on Americana, folk and alt-country shows in the U.S., Europe and Australia. “Silhouette of a Fool” earned a spot on the Freeform Americana chart.

Since winning a songwriting contest and making his first public appearance at Milwaukee’s Summerfest – the world’s largest music festival – Hoehn has maintained a time-available selection of club dates, house concerts, theater shows and festivals across the country.

Hoehn has opened for a veritable who’s who of American songwriters, including Rodney Crowell, Jerry Jeff Walker, Robert Earl Keen, Roger McGuinn, Todd Snider, Sonny Landreth, Don Williams, Phil Vassar, Reckless Kelly, Nicki Bluhm and the Gramblers, Mac McAnally, James McMurtry and many others – including a couple memorable nights with Kinky Friedman.
His songwriting has led to performances at prestigious music festivals in Texas and Oklahoma hosted by the likes of Gary P. Nunn and Larry Joe Taylor, and an appearance on the Mitch Albom national TV show.

He has appeared at numerous Trop-Rock music events such as the annual Meeting of the Minds in Key West, Fla.; Pardi-Gras in New Orleans; and Phins to the West in Laughlin, Nev.
Two of his recordings, “Royalty Check Hotel” and “Deadline Penitentiary” were recorded in Texas with the help of some of Austin’s finest musicians, including guitarist/producer John Inmon, who for many years was the lead guitarist for Jerry Jeff Walker as a member of the Lost Gonzo Band.

“Silhouette of a Fool” was recorded in Milwaukee under the guidance of John Sieger, founder of Semi-Twang and co-founder of the iconic R&B Cadets (with Paul Cebar).

His ode to escaping cubicle life, “Callin’ In Gone,” was a finalist for Trop Rock song of the Year; has been recorded by beach circuit favorites, The Boat Drunks, and is a setlist staple for several bands and performers across the country.

For the last six years, Hoehn also has written the script for and hosted the Trop-Rock Music Association awards show in Key West, Fla.

Hoehn also is the author of the award-winning book, “The Father’s Guide to Birth, Babies and Loud Children,” and has taught college courses in journalism and music business.

As time allows, he can still be found in the pressbox and on the sidelines covering professional and major college sports for the likes of AP, MLB.com, and many other newspapers, magazines and websites.

Find out more at http://jimhoehn.com/