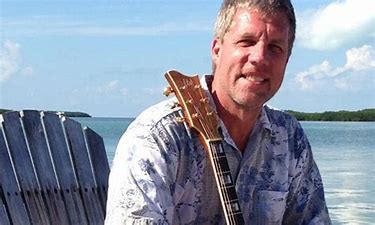 Bill Cockrell first developed a love for music early in life. Coming from a musical family, he soon found his natural ability to sing and perform. He began playing the drums at the age of 10 and quickly found himself playing many different styles of music with many different bands over the years. He has performed jazz, Dixieland, classical, rock, pop and everything in between. Growing up in the 70’s, he was heavily influenced by the singers and songwriters of that era. He is also a fan of many other styles of music. As he performed in bands and music programs through his school years, he knew he would have a lifelong connection to music.

After graduating high school, he attended Florida Southern College, continuing his studies in music. In addition to honing his performance on percussion, he began to study brass, strings, woodwinds, piano and voice. This is also the time he learned to play the guitar. Around the end of his college years, he became involved in aquatics and scuba diving, which led to his deep appreciation of the beaches and ocean.

Being a Florida native and growing up on the beaches soon influenced his music. Hearing Jimmy Buffett provided a way to experience some of the feelings of beach life through music.
Through the years Bill has performed with many bands from behind the drums as well as playing guitar as a solo performer. His musical influences are clearly heard in his song writing as well as his performances of cover songs. He continues to perform with the duo High Tide which has been together for nearly seventeen years. He also continues to perform solo shows as well as perform special events with other bands where there is an opportunity in his performance schedule.

Bill has performed at many locations and events such as Meeting of the Minds, Walt Disney World, Sea World, Universal Studios, and most of the Florida Margaritaville’s, Bill has also performed for many major corporate events such as Nestle, Ford, Chrysler, Donzi Boats, Pro Line Boats and many others. Bill is perfectly suited for cruises, decks, conventions, waterfront areas, parrothead parties, and private events.

Find out more at http://www.billcockrellmusic.com/